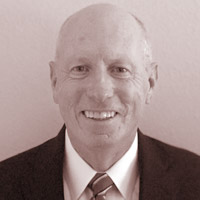 He served a 27-year career in the United States Army as an Infantry Officer before retiring in 2001.  During his active military service, he held several key positions including command at every level from platoon through battalion.  He served in the 82nd Airborne Division, the 75th Ranger Regiment, the Southern European Task Force, and with NATO peacekeeping forces in Bosnia.

His other positions in Florida Government included serving as the Director of the Florida Office of Drug Control, Assistant Secretary for Community Corrections and the Vice President for Military and Defense Programs for Enterprise Florida.

A 1974 graduate of the United States Military Academy at West Point, he also holds a master’s degree from the University of Puget Sound and a PhD from Florida State University where he currently serves as an Adjunct Professor.