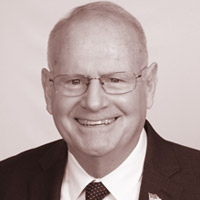 He led the USMC training for senior commanders and their staffs in planning, executing and assessing battlefield operations. As the DHS Director of Operations & Plans he orchestrated multiagency exercises on prioritized threat scenarios. He spent his final two plus years with TSA as an executive coach for new Federal Security Directors of airports. Prior to returning to Federal government he was the Deputy Secretary for Florida DCF – and recently returned to DCF for executive coaching, conduct leadership seminars and consult on DSNAP events.

His leadership philosophy is rooted in developing our next generation of senior leaders who possess the core values, teamwork and continuous learning mindset to move individuals and their organization forward.

“A great event. I think it would benefit the upper management as well as future leaders.”