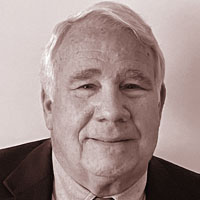 Fred Dunphy is a Criminal Justice professional with over 45 years of leadership experience in the State of Florida at both the local and state level. His career started with the Miami Dade Police Department where he held positions of leadership including command of the Narcotics Bureau, Miami International Airport, Internal Affairs, Strategic Investigations and Specialized Patrol. After his retirement from Miami Dade, he was the Chief of Police in North Bay Village Police Department.

In 1998, Commissioner Dunphy was appointed by the Governor and the Florida Cabinet to the Florida Parole Commission which is responsible for Parole, Conditional Release and Addiction Recovery Release. He also served as the Chairman (agency head) of the Commission. He was reappointed to two additional terms and served under 3 separate Governors. After retiring from the Commission, he continues to serve as a Senior Commissioner.

“A great event. I think it would benefit the upper management as well as future leaders.”