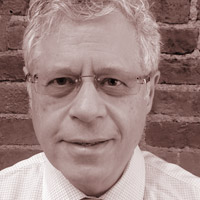 Dr. Len Singer was appointed to the position of Chief of Plastic and Reconstructive Surgery at the Jewish Hospital of Cincinnati in 1986. He served in that position for the next 16 years. In that role he was responsible for assuring clinical quality control for a large and active surgical division. Shortly after 9/11, Dr. Singer signed on as a Senior Medical Officer for a DMAT (Disaster Medical Assistance Team /FEMA). In that role, he helped lead his medical team in a number of hurricane relief efforts.

As a result of these experiences Dr. Singer realized a passion for his second career; i.e. teaching leadership in healthcare disaster management. He has trained and educated in multiple roles for the US Departments of Homeland Security, Defense, HHS and State, including service as an instructor at the Noble Training Center/Center for Domestic Preparedness (Anniston). He was the mission leader for multiple international training missions for the Department of State, Anti-Terrorism Assistance Training Program (Diplomatic Security Service).

In 2008, Dr. Singer was recruited as Medical Director for the Master of Science program in Healthcare Emergency Management at Boston University College of Medicine. In this role he authored and instructed coursework including ‘Medical Consequences of Disaster’, ‘Global Health Security’ and ‘Leadership in Disaster’.

Most recently he was co-author (with Dr. Pietro Marghella) of a report for the Puerto Rico Department of Health entitled the 2017 Dual Hurricanes Response, Transition and Recovery Plan.