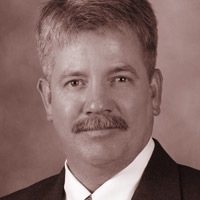 Peter is credentialed as a Certified Emergency Manager (CEM®) in the International Association of Emergency Managers (IAEM) and is a Fellow in the American College of Contingency Planners (FACCP), which he Co-Founded and served as its first President.  Peter has published more than a hundred book chapters, monologues, articles, and presentations on medical planning, incident management, and the role of health service support in large-scale emergencies and disasters. His national-level planning credentials include the authoring of the Nation’s first Catastrophic Incident Response Plan (Response to Domestic Nuclear Terrorism) and the National Smallpox Response Plan. He is a frequent speaker at national- and international-level conferences and symposia addressing catastrophic casualty events and the threats of terrorism, describing strategic initiatives for the medical and public health aspects of incident management.