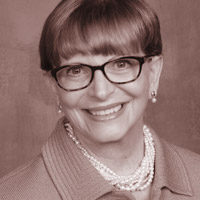 Judge Kathleen A. Kearney has devoted over 40 years to serving the most vulnerable among us through her leadership roles in government, universities, and the private sector.  A 1980 law graduate of the University of Notre Dame, she began her legal career as a prosecutor in Fort Lauderdale, Florida.  She was appointed and elected to the bench for the 17th Judicial Circuit of Florida in 1988 where she presided for over a decade.  She served as a faculty member for the Florida Judicial College responsible for teaching courses in the adjudication of sexual assaults and minimizing trauma.

Governor Jeb Bush appointed her as Secretary of the Florida Department of Children and Families (DCF) for his first term of office.  Confirmed by the Florida Senate in 1999, she was the first woman and first judge to serve in this capacity.  DCF, the largest state agency at the time with 27,000 employees, was responsible for operational, programmatic, and fiscal oversight of all Florida human service programs including mental/behavioral health, substance abuse, child welfare, developmental disabilities, and economic self-sufficiency services. During her tenure, she reorganized the department to support local community and private sector engagement. Working closely with cutting edge technology companies, DCF developed the first web-based child welfare information system in the nation.  Recognized as a national expert on the impact of policy on practice, she has testified before Congress six times at their request.

After leaving DCF in late 2002, Judge Kearney joined the faculty of the College of Social Work at Florida State University where she taught masters and doctoral courses on social work policy and administration.  She was chosen as the College’s Professor of the Year by the students each year of her tenure.  In 2007, she joined the faculty of the University of Illinois at Champaign-Urbana, where she served as the principal investigator for a five-year federal research project on the implementation of performance based contracting in behavioral health agencies.

Since 2004, she has provided consultation and facilitation services to federal and state agencies, private behavioral health service providers, and state courts.  Her areas of specialization include executive leadership and management, strategic planning, crisis and emergency management, performance-based/value-based contracting, and the implementation and innovation of human services.